Peer education has been a cornerstone of effective HIV prevention education. Peer-based education is likely to be more effective than education developed and delivered by other ‘external’ agencies. Peers are effective educators because they understand the culture and language of a population or group and can be accepted by its members:

There have been significant efforts to develop health promotion programs linked to measurable outcomes so that successive efforts can be built on and improved. Australian HIV prevention and health promotion principles are in line with those summarised by Baxter and McCallum (1998):

These principles need to be endorsed and supported by the political and community leadership. 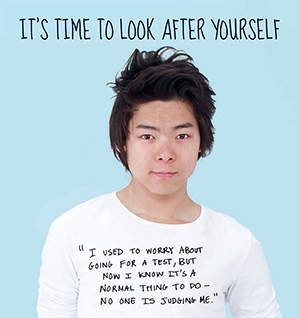 Effective HIV prevention campaigns are developed with the involvement of affected communities. The media can play an important role in showcasing these campaigns. Some examples of current campaigns with a national focus are:

Time to Test, which also focuses on the importance of HIV testing among gay and other men who have sex with men, promoting the benefits of regular HIV testing - with a particular focus on encouraging first time testers, and those who test less frequently than recommended by the Australian testing guidelines.

Ending HIV, an ambitious campaign, developed by ACON (an AFAO member organisation), to help reduce HIV infections among gay and bisexual men in NSW. It aims to persuade gay men that it is within the gay community’s reach to end HIV by ‘testing more, treating early and staying safe’. AFAO’s health promotion team has worked on supporting the delivery of the Ending HIV campaign in the other Australian states and territories.