In Australia, each state/territory has different criminal laws under which someone can be charged with reckless, negligent or deliberate transmission of HIV to another person (generally for sexual transmission), or for exposing another person to HIV.

Some states have specific offences relating to disease transmission, while in other states, HIV-positive people have been charged with offences such as 'grievous bodily harm'.

Criminal cases in Australia involving HIV transmission or exposure are rare. There have been fewer than 50 prosecutions since 1991 among more than 31,000 Australians ever diagnosed with HIV. These cases often attract a disproportionate amount of media attention – often using highly sensationalised headlines.

The quality of Australian media reports of criminal cases involving HIV transmission or exposure varies: on some occasions it has been accurate but on others media reports have been inaccurate  or overtly sensational.

The effect of sensationalised reporting that misrepresent the facts is that it can feed misconceptions regarding transmission and risk, dehumanise the people involved in the cases and demonise all people with HIV.

Accurate reporting  of criminal cases has been complicated by mass reproduction of stories online; stories are often picked up by multiple news sites in very short time-frames. This can result in factual errors or misleading headlines circulating quickly around the globe, even after the original source has been corrected or removed.

Many such stories attract a vitriolic response against both the accused (whose actions have been misrepresented) and all people living with HIV. Correcting errors – no matter how promptly – cannot turn back the effect of this vitriol.

The High Court’s April 2016 appeal decision in the case of Zaburoni v The Queen establishes that if an HIV-positive person has sex with someone without protection/condoms, it cannot be said/inferred that they intended to transmit HIV.

The appeal clarifies existing law by finding that ‘foresight of risk of harm is distinct in law from the intention to produce that harm’[1]. Until this High Court decision, these issues had not been determined in a court at this level.

The High Court appeal was from a 2013 Queensland Supreme Court decision which found Mr Zaburoni guilty of intentionally transmitting a serious disease (HIV). Mr Zaburoni had had frequent unprotected sex with his girlfriend without telling her he had HIV. Mr Zaburoni was sentenced to a term of imprisonment of 9 years and 6 months. Mr Zaburoni will now be re-sentenced, based on his earlier guilty plea to the lesser charge of unlawfully doing grievous bodily harm.

This decision serves as a solid refutation to the idea that it is a crime for an HIV-positive person to have condomless sex, as is often implied in media reporting on criminal cases of people with HIV.

HIV and the Law for background information about the impact of criminalising HIV transmission or exposure.

Background Briefing: Spitting and Mandatory Testing for HIV and other Blood Borne Viruses 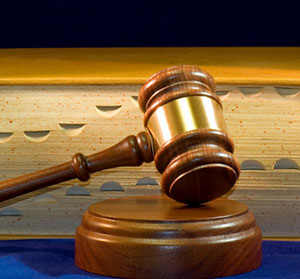 In 2010 print, television and other electronic media ran with headlines that a Queensland-based African-Australian man may have exposed ‘hundreds of women’ to HIV. Photos and video images of the man generally accompanied these reports.

Some coverage included a suggestion that an ‘HIV register’ be used to track people with HIV. A year later, the man was tried and convicted in relation to charges in respect of one woman.

In June 2011, a man was convicted for HIV exposure. The content of news reports about the conviction reflected this; however, the headline that ran across several news outlets was ‘man admits infecting women’.

It is crucial to ensure that headlines accurately reflect the facts, and do not defame the individuals involved.