HIV prevention in Australia has been transformed in recent years by new scientific evidence for the efficacy of biomedical prevention strategies. These new strategies are:

Journalists reporting on HIV should be familiar with this suite of emerging biomedical approaches to address HIV epidemics, which form an important part of what is known as ‘combination prevention’.

Such misunderstandings can cloud public perceptions of HIV and risk, feed unfounded fears and contribute to HIV-related stigma experienced by people with HIV, the gay community, people who use drugs and sex workers.

In reporting stories regarding supposed exposure of members to the public to the risk of contracting HIV, there may be a need to clarify that HIV cannot be transmitted via day-to-day contact in social settings, schools or in the workplace – for example by shaking hands or hugging; using the same toilet; drinking from the same glass; playing sports with an HIV positive person; or by being exposed to a person with HIV who is coughing or sneezing.

HIV exposure risk in the community 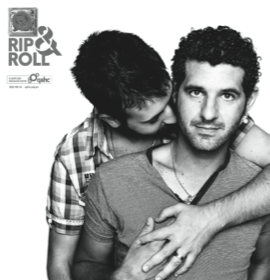 The 2010 ‘Rip & Roll’ campaign was developed by Healthy Communities – now the Queensland AIDS Council (QuAC) - as a social marketing campaign to reinforce condom use among gay men.

Even though the material complied with Australian advertising standards, it was temporarily removed by Adshel  – the company responsible for the campaign’s outdoor visibility – after a series of complaints from the Australian Christian Lobby (ACL).

With tens of thousands of people protesting the decision via social media, the ACL conceded  on ABC Radio that it was behind the campaign to remove the ads.

Adshel immediately reinstated the campaign, saying: “It has now become clear that Adshel has been the target of a coordinated ACL campaign. This has led us to review our decision to remove the campaign and we will therefore reinstate the campaign with immediate effect.”